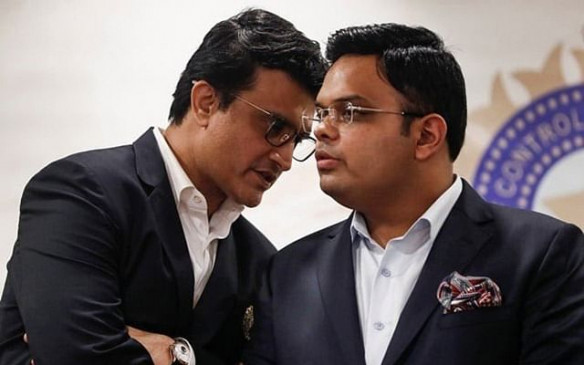 Digital Desk, Mumbai. The Supreme Court has currently adjourned the hearing on a petition seeking amendments to the constitution regarding the tenure of BCCI President Sourav Ganguly and other officials, including secretary Jay Shah. Now the hearing in this matter will be held on Thursday.

The Supreme Court has adjourned the hearing of the Board of Control for Cricket in India’s (BCCI) plea seeking amendments to the constitution with regard to the tenure of its office bearers, including president Sourav Ganguly and secretary Jay Shah. A bench of Chief Justice NV Ramana, Justice Krishna Murari and Justice Hima Kohli adjourned the matter till Thursday after senior advocate Harish Salve, appearing for the BCCI, sought adjournment of the hearing. The bench said, ‘Tomorrow, nothing will happen in a day. what’s the rush?’

Has the tenure of the officers ended?

During the hearing in the Supreme Court on Wednesday, the counsel appearing for the Bihar Cricket Association said that technically the tenure of the BCCI officials is over but they are still continuing it.

Meanwhile, Bharatiya Janata Party leader Subramanian Swamy also appeared to seek his approval to make himself a party in the matter.

Earlier, the bench had agreed for an emergency hearing on the BCCI’s plea. The BCCI is seeking approval to amend its constitution with regard to the tenure of its office bearers. Senior advocate PS Patwalia, appearing for the BCCI, submitted that their application was filed two years ago and two weeks later the court had directed the matter to be listed.

Patwalia said, “But then Kovid came and the matter could not be listed. Please list this matter for emergency hearing as amendments to the Constitution are being awaited for two years.”

For the time being this provision

Earlier, a committee headed by Justice RM Lodha had sought some amendments in the BCCI, which was accepted by the Supreme Court. As per the recommendations, state cricket association or BCCI level office-bearers will have to undergo a three-year break after a six-year term.

But now the BCCI in its proposed amendment has sought approval to do away with the break time for its office bearers so that BCCI President Ganguly and Secretary Shah can continue in their posts even after completing six years in the respective state cricket associations.