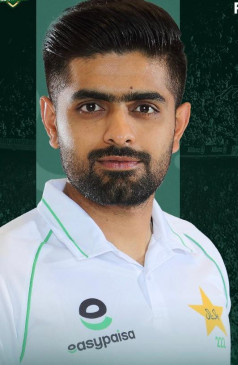 Digital Desk, Chittagong. Pakistan on Thursday announced 12 players for the first Test against Bangladesh. Former captain Azhar Ali and Imam-ul-Haq have been included in the team. Mohammad Rizwan will be the vice-captain of the Babar Azam-led side. In the absence of premier spinner Yasir Shah, Shaheen Shah Afridi will lead his fast bowling, while Shajid Khan and Nauman Ali will handle the spin bowling department.

Imam-ul-Haq had a stellar performance during the home season, being included in the 20-man Test squad, scoring 488 runs as the top scorer. On Thursday, he was included in the Pakistan team for the first Test. Abdullah Shafiq, Abid Ali, Azhar Ali, Faheem Ashraf, Fawad Alam and Hasan Ali have also been included in the 12-man squad, out of which 11 players will take the field on Friday.

The second Test will be played from December 4 at the Sher-e-Bangla Cricket Stadium. Pakistan has played 10 Tests against Bangladesh so far, out of which they have won nine. In 2015, Bangladesh had drawn the only match at home when Tamim Iqbal scored his first double century in a brilliant innings.