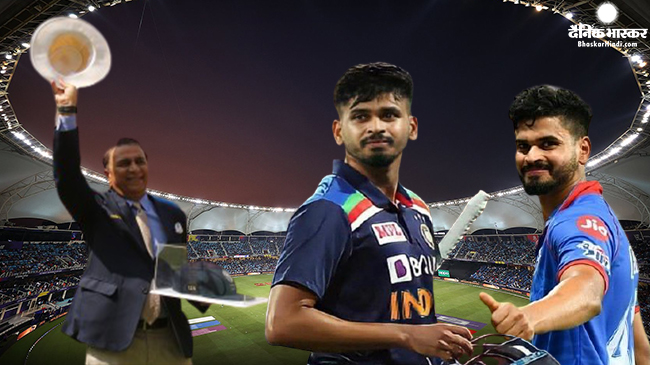 Digital Desk, New Delhi. The Test match between India and New Zealand is being played at the Green Park Stadium in Kanpur. At the same time, before the toss against New Zealand, Dravid once again brought alive the old tradition. During this, the legendary batsman and former captain Sunil Gavaskar presented India’s ‘Test Cap’ to Shreyas Iyer.

A moment to cherish for @ShreyasIyer15 as he receives his #TeamIndia Test cap from Sunil Gavaskar – one of the best to have ever graced the game. #INDvNZ @paytm pic.twitter.com/kPwVKNOkfu

It is an age-old tradition, wherein new players from the stalwarts of Indian cricket are given this coveted cap. Dravid had invited Gavaskar for this special event.

Paine is a good player in Australia team, he has the support of the whole team: Marcus Harris

what is tradition
Let us tell you that the practice of handing over caps from former cricketers to the players who made their international debut for India was started by Anil Kumble. Anil Kumble used to be the head coach of India then. Under the tradition, veteran cricketers were called to give caps to the debutants.

But in the Kohli Shastri era this tradition was over. During these two times, only the players of the team used to give caps to the debutants. But coach Rahul Dravid has returned this tradition once again.

Shocked why India rested Kohli in the first test, smith

On Thursday, Sunil Gavaskar was invited to hand over the Test cap to Shreyas Iyer. Earlier during the T20 series, Dravid had invited Ajit Agarkar to present the national team cap to Harshal Patel.