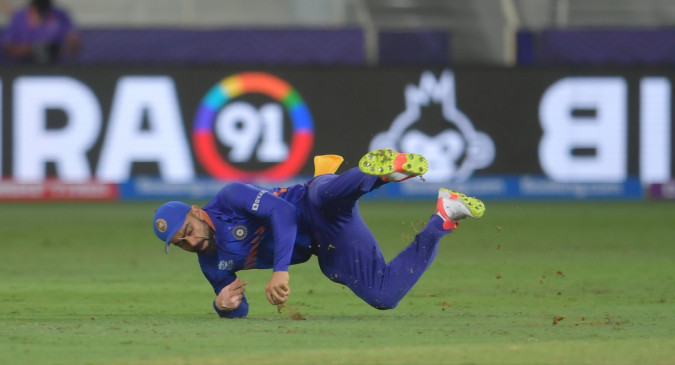 digital desk, New Delhi. Indian Test cricket team captain Virat Kohli is enjoying a short break with his family in Mumbai after taking a break from the three-match T20I series against New Zealand and the opening Test after a tough five-month schedule.

Kohli has started training at the Cricket Club of India (CCI) in Mumbai to prepare for the second Test against New Zealand. On Tuesday, he posted a photo of him holding a cat from his training site.

On Tuesday, Kohli shared a picture of himself on Instagram during the team’s practice session, in which the cat is sitting on his lap. Posting the picture on Instagram, Kohli wrote in the caption, Hello from a cool cat from practice.

However, Kohli’s witty reply to Anushka’s comment caught the attention of the fans.

Kohli replied to this, Delhi’s Launda and Mumbai’s Cat.

Kohli will return in the second Test against New Zealand. Ajinkya Rahane will lead India in the first match starting on November 25.